Heart of David / I don't belong to you
قلب داوود / لا انتمي إليك
Inspired by the revolution in Lebanon
For this artwork i got the idea of combining the mythology of David and Goliath with Michelangelo's "Creation of man" painting. It was inspired by the ongoing conflict of the Lebanese people with their leaders who are each tearing the country apart with sectarianism, religious differences and corrupt power. The Lebanese people have been battling a decades-long cold war with corrupted criminals in power who have destroyed, killed, divided, corrupted and recently bankrupt the whole country, stealing the hard-earned money of all the citizens who can no longer withdraw their earnings and savings in USD, while facing the heavy crash of the Lebanese Lira while they make all the profit in exchange. 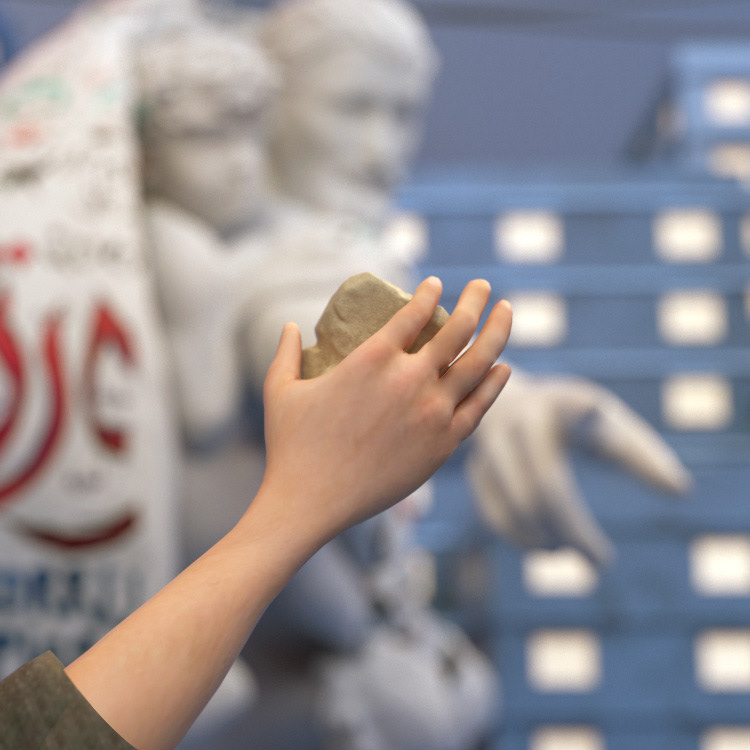 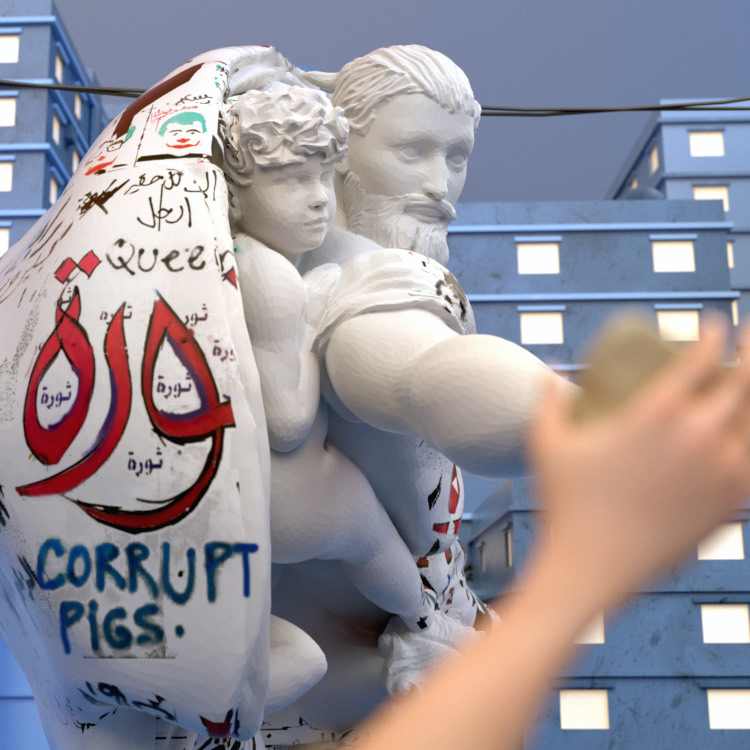